we love a creative challenge

WORKING WITH YOU TO BRING YOUR VISION TO LIFE - FAST!

When creating a new product, valuable time and resources go into the development of the prototype design. Meticulous attention to detail must be closely adhered to deliver a prototype that ensures that your product will function exactly as you envisioned it. May that be a completely new concept or a part of an existing piece of equipment. We can get you what you need when you need it.

HOW WE DO IT

1 – Engineering prototype for manufacturing and

We have the software required to collaborate electronically using SOLIDWORKS and SolidCAM. Our job is to collaborate with you to ensure that we get your equipment running OR bring your product to life.

Designing for manufacturability is one of our core strengths!

We work with your engineers and R&D teams to help facilitate the manufacturing process. We consider all the elements involved throughout the development process, from preferred materials and availability to lead times required. When machining your part, we take everything into consideration, including finishes & coatings that are suitable for the environment and ensure your product is safely packaged to ensure damage-free shipping.

"The most dangerous notion a young man can acquire is that there is no more room for originality. There is no large room for anything else."
- Henry Ford

IT STARTED WITH AN IDEA
“Who knew a napkin would be so valuable?”

We received a phone call from a guy telling us about an idea that he had for a casting he wanted to produce. As he began explaining it over the phone, he stopped himself short and said, ‘Why don’t I just swing by and show you what I’ve got.’

Within the hour, he was at our office and pretty excited by his idea. We expected to see the typical technical CAD drawing layout rolled-out on the table. Instead, he started fumbling around his coat pockets with a worried look in his eye. Upon finding his lost treasure, he exclaimed, ‘THERE IT IS! I KNEW I had it on me somewhere!’

He had designed a part done initially as a casting, hand-sketched on a crumpled paper napkin. He was looking for us to create the piece machined from solid. After chatting for a bit, we determined the best approach required to meet his needs. It was a great experience collaborating with him and to see how enthusiastic he was during the entire process.

He loved the end product so much that what was to be a single piece produced, we ended up providing him with 35 more ‘prototypes.’ 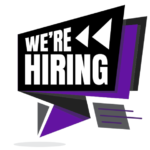